7 Athletes That Use CBD

Home/CBD News/7 Athletes That Use CBD 7 Athletes That Use CBD

Check out the reasons why these amazing athletes turn to CBD

Gabby Douglas was the first African American gymnast in Olympic history to become and Individual All-Around Champion. Not only this, but she was also the first American gymnast to win gold in both the individual and team all-around competitions at the same Olympic Games. During an interview with Business Insider, she states, “My experiences in using CBD have led me to believe that I could have been more pain-free throughout my gymnastics career if CBD had been allowed,” added Douglas. “I am glad that athletes across all Olympic sports will now have the opportunity to use these products and hopefully experience their benefits.”

Robert Gronkowski is a former NFL tight end, who played in the league for 11 seasons. He owns 4 Super Bowl rings, three of them with the New England Patriots and his last one with the Tampa Bay Buccaneers. He retired from professional football in 2019, when he announced his advocacy for CBD products to help athletes and people suffering from pain. He came back to play in the NFL after a year of being retired to play with Tom Brady in Tampa Bay. In a Business Wire article, he states, “I left the game last year after realizing that my body had taken a beating and needed to recover. I’ve taken the recovery process seriously and CBD has played a big role in my recovery. Now I’m glad to share that I’m back in the game!”

Megan Rapinoe is a U.S. soccer star, leading her team to victory in the 2019 FIFA Women’s World Cup.She is an advisor and helps to promote brand growth. She uses CBD to help with pain, stress, focus, energy, and sleep management.  She believes it can help athletes with their training and recovering.

Mike Tyson is a former American professional boxer, known as the “Baddest Man on the Planet”. He is considered to be one of the best heavyweight boxers in history. In a Green Entrepreneur article, he states, “Cannabis has changed me for the good both mentally and physically, and I want to share that gift with others who are also seeking relief,”

Bubba Watson is an American professional golfer, playing primarily on the PGA Tour. In 2019, he became the highest-profile golf player to officially sign with a CBD company. According to an article on Golf Digest, he has personally felt the benefits of using CBD products on and off the course. Lolo Jones is an Olympic champion for Team U.S.A in both bobsledding and track. Prior to 2018, the World Doping Agency (WDA) had CBD products banned for athletes to use in and out of competition. Once the ban got lifted in 2019, Lolo tweeted, “A few years ago I would’ve got a drug ban for taking CBD oil. Today, so many athletes are using it for pain management, reducing inflammation and sleep.” She places importance on finding a trustworthy, reliable company to get CBD from, especially regarding athlete drug testing. 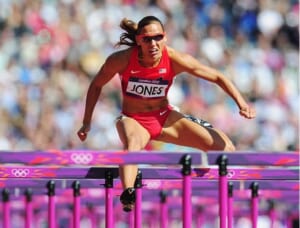 Championship (UFC). He became an international advocate for athletes using CBD after he posted on social media, expressing his excitement about receiving a shipment of CBD oil. He captioned his post, “I just got this CBD coconut oil in the mail! Amazing for recovery after a tough training…”Rodriguez believes that CBD oil can help athletes recover after strenuous training, as well as with the stress that comes with being an athlete.

Have questions about what CBD product is a right FIT for you? Contact us anytime, we’re here to help!